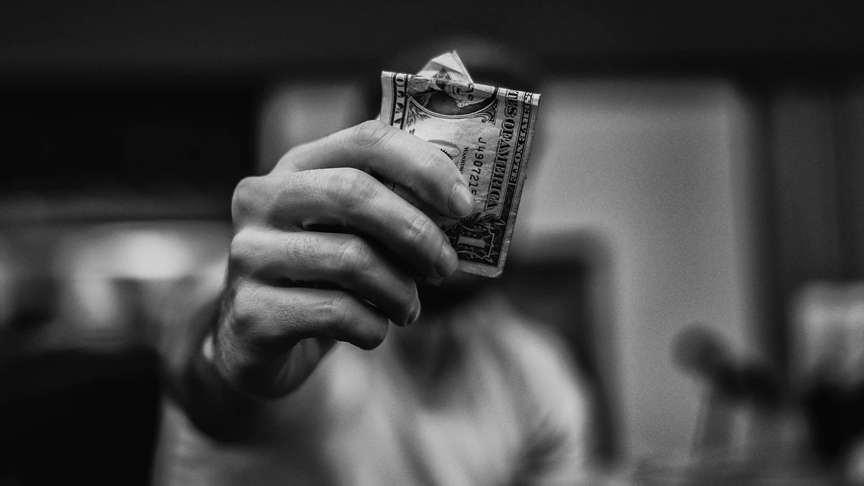 Photo by lucas Favre from Unsplash.com

With billions on the table for struggling small businesses, new research from the University of Florida Warrington College of Business finds that community banks are a critical source for helping these businesses keep their workforce employed during the pandemic through loan access.

In their research, James, Warrington Ph.D. student Jing Lu and Georgetown University Ph.D. student Yangfan Sun, find that community banks were able to respond faster to loan requests from small businesses as compared to larger banks. They also find that community banks made more loans per dollar of deposits than larger banks, particularly during the early stages of the pandemic.

“Community banks tend to specialize in lending based on close personal ties between the loan officer and the small business customer,” James said. “This type of lending requires providing branch managers with greater decision rights in making lending decisions. As a result, lenders at community banks were able to respond faster when the PPP was introduced.”

Overall, James, Lu and Sun’s research finds that community banks are an important source for small businesses when crises, like the COVID-19 pandemic, arise and business owners need to secure help quickly to continue paying their employees.

I a brand adequately addresses moderating factors, the potential benefits to consumers and marketers are considerable. These factors include consumer trust, brand authenticity, brand credibility, commitment to purpose, consumer-value congruence, and brand-purpose proximity. 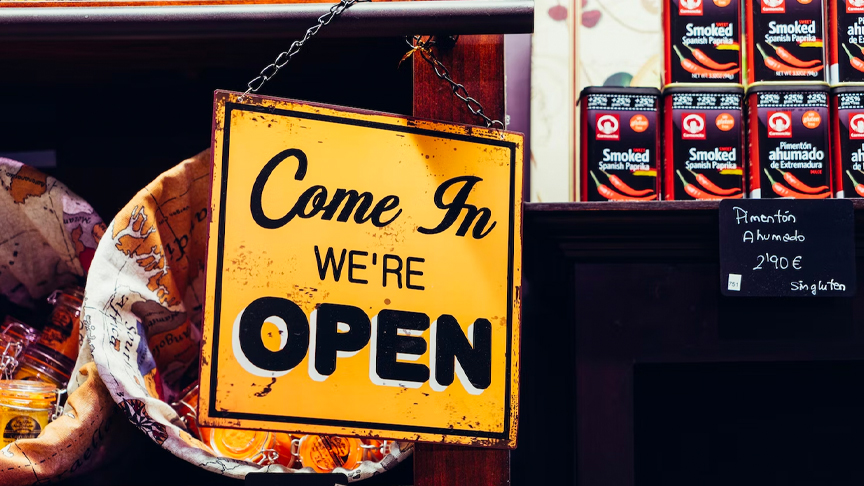 Researchers from The Wharton School of the University of Pennsylvania and the Owen Graduate School of Management at Vanderbilt University published a new paper in the Journal of Consumer Psychology that offers fresh insights into “brand purpose” and its potential benefits to consumers.

In response to industry reports, apparent consumer demand, and high-profile calls from top executives including BlackRock Chairman and CEO Larry Fink, brands have publicly begun pursuing purpose beyond profit. Brands in a wide variety of categories have sought to define, articulate, communicate, and act according to their “brand purpose.”

The authors define brand purpose as a brand’s long-term aim central to “identity, meaning structure and strategy” that leads to productive engagement with some aspect of the world beyond profit.

This research team explores the different types of well-being consumers may experience by engaging with brands they believe reflect their own values. Specifically, they focus on eudaimonia, a feeling of fulfillment resulting from living a meaningful life, contributing meaningfully to society, and acting in alignment with moral virtues.

Their framework cites five mediating factors that affect the relationship between brand purpose and consumer well-being: consumer purpose, meaning and significance, self-acceptance/achievement of true self, positive relationships, and other-praising emotions.

The article suggests that, if a brand adequately addresses moderating factors, the potential benefits to consumers and marketers are considerable. These factors include consumer trust, brand authenticity, brand credibility, commitment to purpose, consumer-value congruence, and brand-purpose proximity.

While consumers may gain a vital sense of well-being; marketers, may secure positive brand judgements, brand loyalty, and brand evangelism.

“The ultimate goal of our review,” the authors write, “is to guide future consumer psychology research into brand purpose, a concept that we believe may have a transformative impact on business, consumers, and society.

‘Top reviews’ can help sway shoppers, but there are limits

Although featured — or top — reviews on e-commerce sites can help cut down on information overload for customers trying to make purchasing decisions, too many such top reviews can pose an overload of their own, according to researchers. 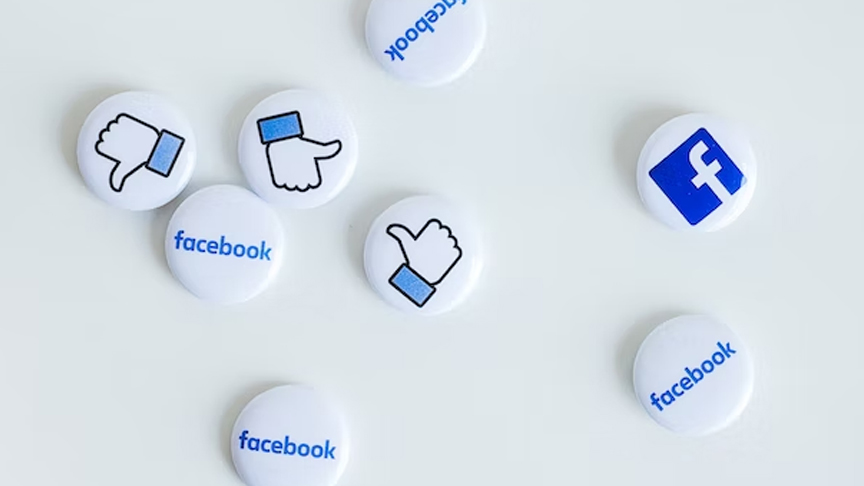 Although featured — or top — reviews on e-commerce sites can help cut down on information overload for customers trying to make purchasing decisions, too many such top reviews can pose an overload of their own, according to researchers.

In a study of products and product reviews on online retail giant Amazon, the researchers found that top reviews — which are featured reviews that consumers have endorsed as the most helpful — can lead to higher sales and improved customer satisfaction. However, they added that when there are too many featured reviews, their influence can start to wane.

“We found that there is a situation that when there are too many top reviews, you fall right back into the trap where there is just too much information for the consumer,” said Wael Jabr, assistant professor of supply chain and information systems in the Penn State Smeal College of Business. “In this natural experiment we had some products with just three top reviews and others with significantly more. For products with way more top reviews, we saw the value of those top reviews goes away.”

The researchers used data from about 2.2 million reviews of 1,000 products on Amazon, including all review-related information, such as the overall number of reviews and featured reviews of those products. Sentiment of reviews was determined by the rating the customers gave the product. The researchers also tracked the Amazon sales ranking of the studied products over a 10-month period.

The effectiveness of the top reviews was based on how the performance of individual products changed over time. Specifically, the researchers looked at how the reviews started to disperse in their ratings and how the product sales rank changed.

The study was published in Management Information Systems Quarterly.

According to Jabr, e-commerce sites chose to feature reviews because popular products tended to attract numerous reviews. The number of reviews for some of these products can be staggering, he added.

“For example, when Amazon put out the Echo Dot smart speaker, more than a million customers reviewed that product within the first four years of its release,” said Jabr. “So, do we need a million reviews to make a good decision on what to buy? Probably not. At a certain point, then, companies started to realize there is an overload that customers will face when we have to navigate this content. Retailers eventually came up with a variety of ways to kind of help you navigate this content, one of which is featuring reviews.”

The researchers also found that the influence of top reviews is strengthened when their opinions tend to match the overall sentiment of the other reviews.

“When you look at the reviews, Amazon shows you the overall ratings of the reviews — for example, how many people gave it a four-star rating, or, how many people gave it a two or three, etcetera,” said Jabr. “We wondered, then, if the top review effect can be amplified. And it can. We found that when the distribution of top reviews and the distribution of overall reviews match, then the power of top reviews to influence gains strength. It is almost like there is a confirmation when the top reviews match what the crowd is saying.”

The power of top reviews to lift sales and satisfaction is limited, however, said Jabr, who worked with Mohammad Rahman, associate professor of management at the Krannert School of Management at Purdue University. For example, they found that top reviews lack the power to improve the status of less popular products.

“Platforms, such as Amazon, are, of course, in the business of selling stuff, but selling stuff alone is not enough,” said Jabr. “Platforms want consumers satisfied with their purchases — and not return those purchases. They also want repeat consumers. In fact, Jeff Bezos himself is quoted saying, ‘We don’t make money when we sell things. We make money when we help consumers make better decisions.’”

The study explores whether there is a certain magic number of reviews as being an optimal amount of top reviews, according to the researchers.

In addition to being thoughtful about selecting and displaying top reviews on a webpage, the researchers also suggest that, at a certain point, companies should switch from encouraging customers to review products to asking them to endorse reviews.

“Retailers often default to sending you an email saying, ‘Please rate our product,’ which we think is great,” said Jabr. “But when there are enough reviews, they may want to find a way to nudge the customers to decide on top reviews because that’s going to be much more valuable then writing one more review.”

Why silly distractions at work can actually be good for you

Short positivity interventions can help employees make the best of their day and that employers and employees should consider incorporating more positivity into the workday. 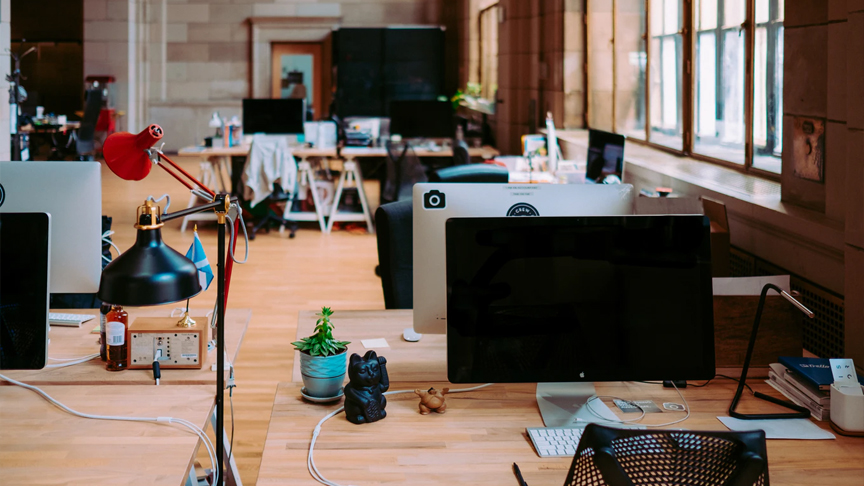 Positive interventions that distract us from difficult tasks actually help to reduce our stress levels, according to new research from WHU – Otto Beisheim School of Management and Trinity Business School.

The research, conducted by an international team of researchers, shows that short positive interventions, such as watching a funny YouTube video, can help you to overcome daily demands like dealing with annoying emails or the tasks you dread. In turn, this allows you to be more engaged, creative, and helpful toward your coworkers.

So, according to this research, next time you find yourself secretly laughing at a hilarious video your colleague sent to you during the lunch break, you should embrace it. This will help you to recover from a stressful morning and prepare you to make the rest of the day a success.

Professor Vera Schweitzer, researcher at WHU – Otto Beisheim School of Management, explained: “Our study shows that experiencing feelings of positivity throughout your workday can help you to remain effective ­ particularly when daily work demands require you to invest a lot of self-control, that is, regulatory resources to control your temper.

“Trying to stay calm after reading an annoying email, for example, is typically quite depleting for employees. Consequently, they might struggle to demonstrate self-control throughout the rest of their workday, which, in turn, would hamper their engagement, creativity, and behavior toward their colleagues.

“This is where positivity comes into play: Watching a funny video increases feelings of positivity. Such positive emotions allow employees to protect their regulatory resources even after dealing with resource-consuming self-control demands. In turn, this positively affects their effectiveness at work.”

Dr Wladislaw Rivkin added:“Today’s work environments are increasingly demanding, but we have limited understanding of what organizations and employees can do to prevent the stressful effects of self-control demands such as negative emails or unloved tasks.

“Our research shows that short positivity interventions can help employees make the best of their day and that employers and employees should consider incorporating more positivity into the workday. For example, organizations could provide employees with recommendations about short funny videos via a daily newsletter or post a ‘joke of the day’ on the intranet. By doing so, employers can help mitigate the negative effects of self-control demands.”

The researchers gathered their results by examining 85 employees over 12 workdays, who received a daily text- or video-based positivity micro-intervention.

The paper, entitled ‘Some positivity per day can protect you a long way: A within-person field experiment to test an affect-resource model of employee effectiveness at work’, was published in the journal ‘Work & Stress’.

‘Top reviews’ can help sway shoppers, but there are limits