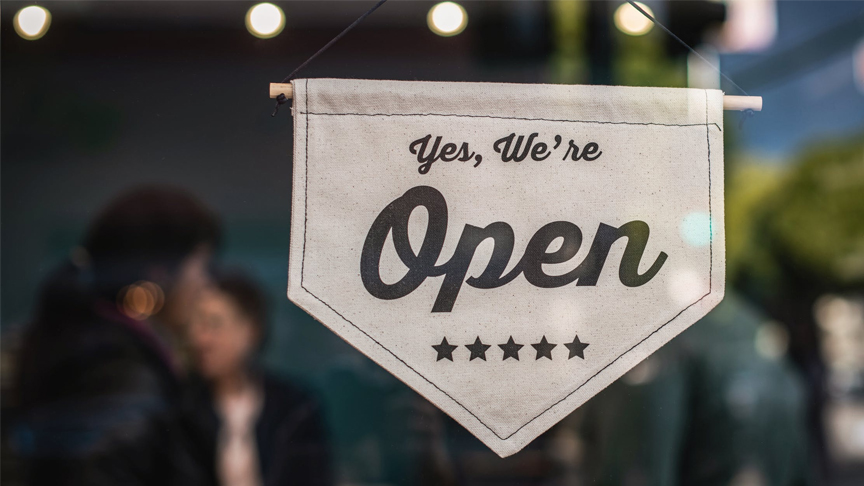 Photo by Tim Mossholder from Pexels.com

Professors James Combs, Peter Jaskiewicz, and Sabine Raul from the Telfer School of Management uncovered new insights about how gender bias – the preference of a gender over the other – affects the succession strategy in multi-generational family firms. Their findings are published in the Journal of Small Business Management.

When nurturing the next generation, entrepreneurial families often prepare their daughters and sons differently for their careers. The researchers noticed a common pattern in the stories shared by the next generation: Sons are often nurtured to become entrepreneurial, whether they are expected to take over the firm one day or to start a venture elsewhere. Daughters, however, receive little to no incentive to develop the leadership skills and entrepreneurial passion required to contribute to the family firm or start their own business.

In conversations with 26 children who were raised in 13 multi-generational family firms – some being centuries old – but not expected to work in the firm, the researchers found that:

“Even when these female non-successors have opportunities to acquire relevant knowledge and work to start a business, becoming entrepreneurial was still a challenging uphill battle,” says Jaskiewicz, who believes the data reveals women do not pursue entrepreneurship outside of the family because they lacked sufficient emotional and financial support from the family.

Related Topics:business strategiesbusiness tips
Up Next

Love thy employees; as evidence shows that companies who fail to reward or acknowledge their employees for hard work, impose unreasonable demands on workers, and do not give them autonomy, are placing their staff at a much greater risk of depression. 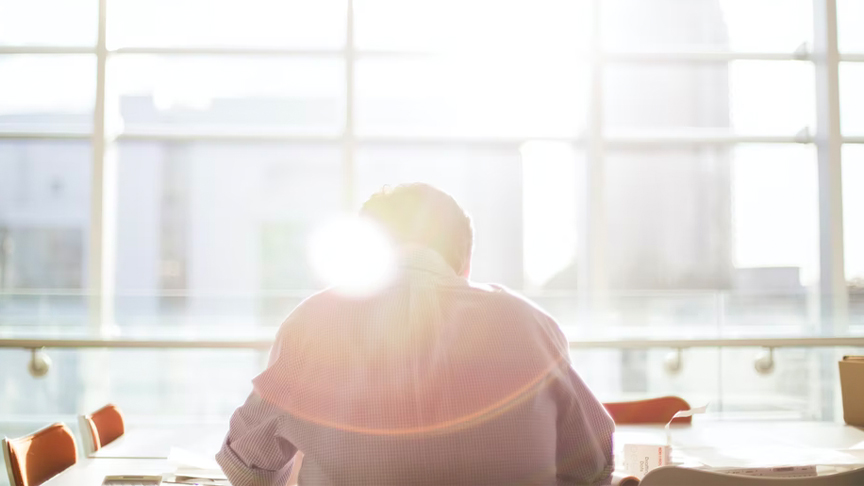 Photo by Bethany Legg from Unsplash.com

A year-long Australian population study has found that full time workers employed by organisations that fail to prioritise their employees’ mental health have a threefold increased risk of being diagnosed with depression.

And while working long hours is a risk factor for dying from cardiovascular disease or having a stroke, poor management practices pose a greater risk for depression, the researchers found.

Lead author, Dr Amy Zadow, says that poor workplace mental health can be traced back to poor management practices, priorities and values, which then flows through to high job demands and low resources.

“Evidence shows that companies who fail to reward or acknowledge their employees for hard work, impose unreasonable demands on workers, and do not give them autonomy, are placing their staff at a much greater risk of depression,” says Dr Zadow.

Due to the global burden of depression, which affects an estimated 300 million people worldwide and shows no sign of abating despite available treatments, more attention is now being paid to poorly functioning work environments which could contribute to the problem.

A second paper co-authored by Professor Dollard and published in the European Journal of Work and Organizational Psychology earlier this month, found that low PSC was an important predictor of bullying and emotional exhaustion.

“Lack of consultation with employees and unions over workplace health and safety issues, and little support for stress prevention, is linked to low PSC in companies.

“We also found that bullying in a work unit can not only negatively affect the victim, but also the perpetrator and team members who witness that behaviour. It is not uncommon for everyone in the same unit to experience burnout as a result.

“In this study we investigated bullying in a group context and why it occurs. Sometimes stress is a trigger for bullying and in the worst cases it can set an ‘acceptable’ level of behaviour for other members of the team. But above all bullying can be predicted from a company’s commitment to mental health, so it can be prevented,” Prof Dollard says.

The extent of the problem was recognised in 2019 with the International Labour Organization (ILO) implementing a Global Commission on the Future of Work and calling for “a human-centred approach, putting people and the work they do at the centre of economic and social policy and business practice”.

“The practical implications of this research are far reaching. High levels of worker burnout are extremely costly to organisations and it’s clear that top-level organisational change is needed to address the issue,” Prof Dollard says.

Is there a good reason online retailers should invest in physical stores? 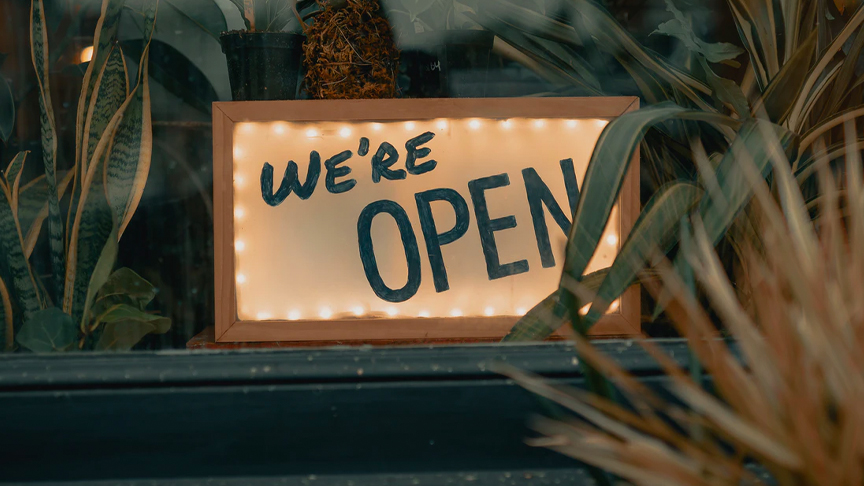 Photo by Clay Banks from Unsplash.com

Researchers from Colorado State University, Amazon, and Dartmouth College published a paper that examines the role of physical stores for selling “deep” products.

The study, forthcoming in the Journal of Marketing, is titled “How Physical Stores Enhance Customer Value: The Importance of Product Inspection Depth” and is authored by Jonathan Zhang, Chunwei Chang, and Scott Neslin.

While some traditional offline retailers are struggling and are closing stores (e.g., Macy’s, Walgreens), online retailers are opening them (e.g. Amazon, Warby Parker). This conflicting trend raises the question, what is the physical store’s role in today’s multichannel environment?

The research team posits that products differ in the inspection depth – “deep” or “shallow” – customers require to purchase them. Deep products require ample inspection in order for the customer to make an informed decision. We propose that physical stores provide the physical engagement opportunity customers need to purchase deep products.

The large-scale transactional data involving 50,000 customers show that by using a “deep products in-store” promotional strategy to migrate new customers from a “low-value state” to a “high-value state,” average spending per trip increases by 40%, long-term sales increases by 20%, and profitability increases by 22%.

The lab experiments show that:

The last decade has witnessed a marked increase in the opening of physical stores by online retailers, despite myriad changes in the retailing environment. This attests that these findings are not ephemeral. Zhang says “The general lesson of our research is for retailers to create a concrete, tangible, and multi-sensory experience for customers buying products that require this physical engagement. This sets the stage for favorable experiential learning and increased customer value.” Retailers can do this in numerous ways:

First, when retailers find that a customer is buying deep products online but their spending is decreasing in value, they can provide a promotion for deep products in-store. This can increase customer value.

Third, retailers cannot infer product inspection depth solely from predefined product categories because there is much variation in inspection depth within a particular category. Rather, management should infer inspection depth using the proposed measures, or expert, independent judges.

Fourth, retailers should use a deep/offline onboarding strategy for new customers. That is, they should use acquisition channels that encourage the first purchase to be deep/offline.

When individual sellers integrate their business with Xendit, their customers can make direct payments via direct debit through Bank of the Philippine Islands (BPI) and UnionBank of the Philippines (UBP), e-wallets such as GCash, GrabPay, and PayMaya, or Over-the-Counter via 7-Eleven and Cebuana Lhuillier. Meanwhile, sole proprietors, corporations, and partnerships can also process credit card payments. 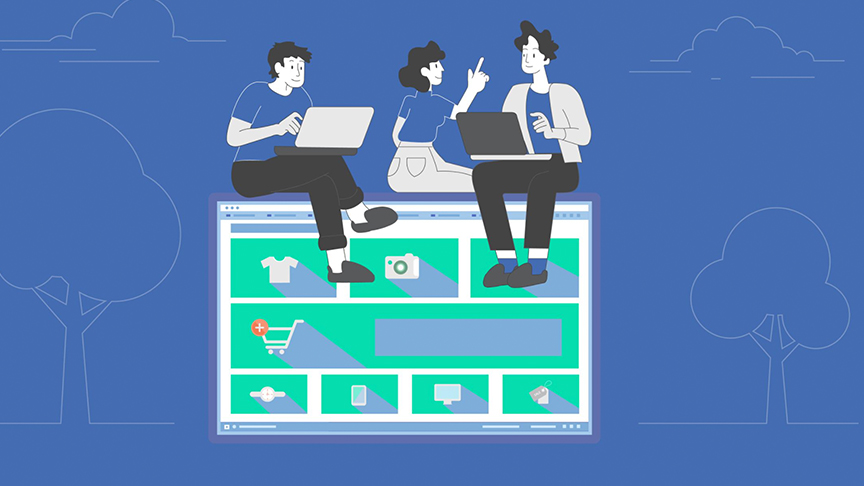 The ongoing pandemic has brought out the creative side of many Filipinos, who have found ways to supplement their incomes by selling various products or services on social media. Xendit is making it easier for individual business owners to settle payments with access to a world-class platform that makes billings simple, secure, and easy.

“The pandemic has seen a rise in individual sellers who utilize social media to sell their goods and services. The digital nature of transactions means payment methods need to adapt. We want to empower these rising contributors to the Philippine economy with a platform that handles payments for them while they focus on their business,” says Alyzza Acacio, Philippine SME Task Force Lead of Xendit Philippines.

When individual sellers integrate their business with Xendit, their customers can make direct payments via direct debit through Bank of the Philippine Islands (BPI) and UnionBank of the Philippines (UBP), e-wallets such as GCash, GrabPay, and PayMaya, or Over-the-Counter via 7-Eleven and Cebuana Lhuillier. Meanwhile, sole proprietors, corporations, and partnerships can also process credit card payments.

Since Xendit handles payments on the individual seller’s behalf, entrepreneurs can focus on fulfilling orders and growing their business. They no longer need to coordinate with each customer for payments because transaction statuses are updated in real-time on the Xendit dashboard.

Xendit’s mission is to make payments simple, so that even entrepreneurs and small and medium enterprises (SMEs) unfamiliar who are not as technically savvy can integrate with the platform easily. Xendit is available in platforms such as Wix, Shopify, or WooCommerce. Those who rely solely on social media for business can generate payment links that customers can access. Sellers also have access to their transaction history on a centralized dashboard to monitor sales and payments.

“We need to continue to support the Filipino micro-entrepreneurs and small business owners to embrace the digital age; they have experienced the ease that online selling and marketing and smartphones have brought them closer to their customers. The next step is to help them grow their business by helping them manage day-to-day tasks in their enterprise and improve their financial literacy as they experience and use fintech products and platforms more and more,” says Ana Mijares, Senior Trainer for the Go Digital ASEAN initiative.

To welcome SMEs, Xendit is offering up to P1.6 million worth of waived transaction fees for new sign-ups. The platform is also waiving P1 million in fees for individual sellers.

Opening its platform to individual sellers is just one of Xendit’s many ways to empower SMEs using technology. Its Level Up accelerator program supports entrepreneurs through masterclasses and challenges that give them the tools and know-how to scale their businesses. The program also includes giving P3.5 million in free transactions for 1,000 startups for one year through its video challenge.

Xendit is the simplest and most trusted name in digital transactions in the region. It powers SMEs as well as the Philippines’ largest enterprises. Xendit is committed to building a solid payment infrastructure for the country and the rest of Southeast Asia.

“We launched an SME task force at the beginning of the year to help create solutions for Filipino businesses that may have been affected by the pandemic. We hope to continue our support for Filipino MSMEs so they can grow their business and help the Philippine economy,” says Yang Yang Zhang, Managing Director of Xendit Philippines.

Tips to achieve healthy headspaces for a productive workplace

In a negotiation, how tough should your first offer be?

Tips to achieve healthy headspaces for a productive workplace

In a negotiation, how tough should your first offer be?