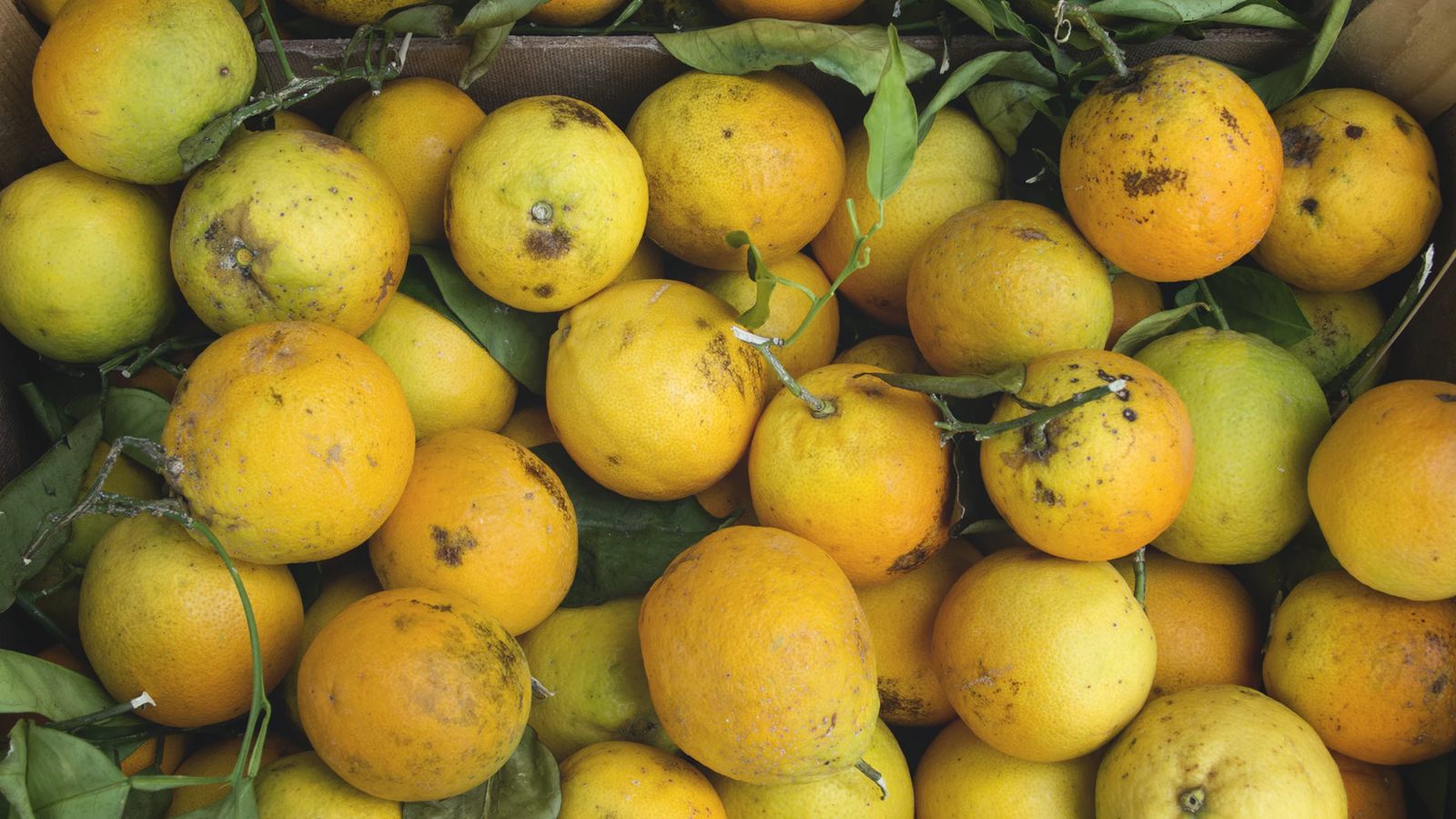 Citrus farmers celebrate as UC Riverside scientists have found the first substance capable of controlling Citrus Greening Disease, which has devastated citrus farms all over the world.

The new treatment effectively kills the bacterium causing the disease with a naturally occurring molecule found in wild citrus relatives. This molecule, an antimicrobial peptide, offers numerous advantages over the antibiotics currently used to treat the disease.

UCR geneticist Hailing Jin, who discovered the cure after a five-year search, explained that unlike antibiotic sprays, the peptide is stable even when used outdoors in high heat, easy to manufacture, and safe for humans.

“This peptide is found in the fruit of Australian finger limes, which can naturally tolerate Citrus Greening bacteria and has been consumed for hundreds of years,” Jin said. “It is much safer to use this natural plant product on agricultural crops than other synthetic chemicals.”

Currently, some growers spray citrus plants with antibiotics and pesticides in an attempt to save trees from the CLas bacterium that causes citrus greening, also known as Huanglongbing or HLB.

“Most antibiotics are temperature sensitive, so their effects are largely reduced when applied in the hot weather,” Jin said. “By contrast, this peptide is stable even when used in 130-degree heat.”

Jin found the peptide by examining plants such as the Australian finger lime known to possess natural tolerance for the bacteria that causes Citrus Greening Disease, and she isolated the genes that contribute to this innate immunity. One of these genes produces the peptide, which she then tested over the course of two years. Improvement was soon visible.

“You can see the bacteria drastically reduced, and the leaves appear healthy again only a few months after treatment,” Jin said.

Because the peptide only needs to be reapplied a few times per year, it is highly cost effective for growers. This peptide can also be developed into a vaccine to protect young healthy plants from infection, as it is able to induce the plant’s innate immunity to the bacteria.

Jin’s peptide can be applied by injection or foliage spray, and it moves systemically through plants and remains stable, which makes the effect of the treatment stronger.

The treatment will be further enhanced with proprietary injection technology made by Invaio Sciences. UC Riverside entered into a worldwide license agreement with Invaio, ensuring this treatment goes exactly where it’s needed in plants.

All citrus farmers have to do now is wait for this to be widely available in the market.

A go-to for WordPress needs

A recent study identified four factors that predict user satisfaction with customer service chatbots. The study also found that a positive chatbot experience was associated with customer loyalty, highlighting the potential importance of the findings to corporate brands. 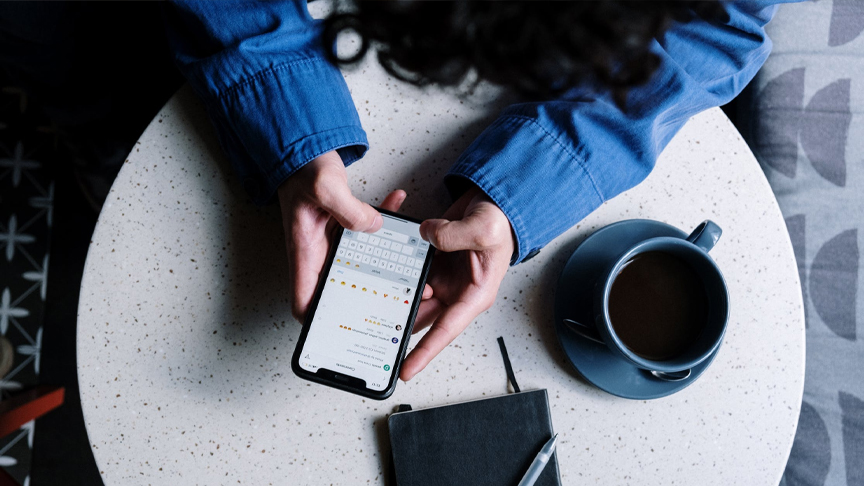 Photo by @cottonbro from Pexels.com

A recent study identified four factors that predict user satisfaction with customer service chatbots. The study also found that a positive chatbot experience was associated with customer loyalty, highlighting the potential importance of the findings to corporate brands.

“Chatbots that use artificial intelligence to address customer needs are already in widespread use, and are expected to become even more common over the next few years,” says Yang Cheng, corresponding author of the study and an assistant professor of communication at North Carolina State University. “We wanted to know how these chatbots are affecting the user experience and how they affect the way consumers feel about brands.”

For this study, researchers conducted a survey of 1,064 consumers in the US who had used a chatbot from at least one of the 30 US brands with the most highly regarded chatbot services. These brands represent industries ranging from fashion to food to software.

The researchers found there were four attributes that positively predicted user satisfaction with a chatbot.

1. The most powerful predictor was convenience.

Cheng says: “If people thought chatbots were fast and efficient, they were more likely to be satisfied. I can sympathize with those people – I hate talking to customer service and being transferred from one person to another.”

It matters if the chatbot provided information that was useful and relevant to the user.

It also matters if interacting with the chatbot was pleasant or fun.

Lastly, if the chatbot made users feel like they were interacting with an intelligent being, they are more prone to using chatbots.

But one factor was associated with reduced customer satisfaction: perceived privacy risk.

“Companies need to pay attention to these results as they invest in AI-driven chatbot services,” Cheng says. “Because we also found that a customer’s satisfaction with their chatbot experience was associated with the customer’s loyalty toward the relevant brand. This really highlights the importance of taking steps to protect consumer data – and ensuring that chatbot services are convenient, fun and helpful.”

The paper, “How Do AI-driven Chatbots Impact User Experience? Examining Gratifications, Perceived Privacy Risk, Satisfaction, Loyalty, and Continued Use,” appears in the Journal of Broadcasting & Electronic Media. The paper was co-authored by Hua Jiang of Syracuse University.

Dell Hybrid Client delivers increased flexibility to employees and IT

As the world’s first client computing software with hybrid cloud management, enabling easy access to applications and data regardless of where they live – in the public cloud, private cloud or on the user’s device. 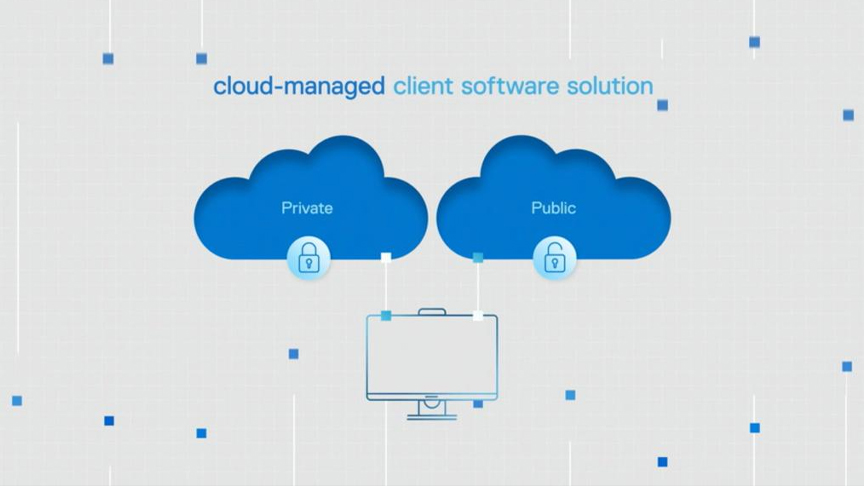 Dell Technologies unveiled Dell Hybrid Client to meet the changing needs of businesses, end users and IT. Dell Hybrid Client is a centrally managed client software solution that is ready to deploy with select Dell mobile and desktop devices, helping employees get to work quickly with a consistent experience. As the world’s first client computing software with hybrid cloud management, enabling easy access to applications and data regardless of where they live – in the public cloud, private cloud or on the user’s device.

In an increasingly cloud connected world, organizations need to easily deploy and maintain data and applications from a variety of locations without burdening IT teams or hindering employee productivity. Dell Hybrid Client simplifies and personalizes the user and IT experience while still providing security and flexibility across devices and work environments. Features like built-in everyday productivity applications, browser security, and others are available out-of-the-box and managed through the cloud empowering employees to work how and where is best for them.

“At the core of Dell Hybrid Client sits an elevated experience for both employees and IT teams,” said Brooke Huling, vice president, Modern Computing Solutions Group, Dell Technologies. “For employees, Dell Hybrid Client delivers the same, personalized experience regardless of the device you chose to work on. Everything you need is at your fingertips. For IT, we’ve opened access to multiple clouds enabling experiences to be scaled and customized for workforces at rapid pace.”

“Our recent study on remote work readiness revealed that employees across APJ had difficulties accessing internal company resources while working from home,” said Jean-Guillaume Pons, vice president, Client Solutions Group, Asia Pacific, Japan and Greater China, Dell Technologies. “Today, as APJ organizations continue scaling their technologies to help employees remain engaged and productive, it is important to ensure employees can easily access the applications and data they need, without compromising security. Dell Hybrid Client can help both organizations and employees, regardless of working locations and the devices they use.“

“Dell Hybrid Client has the potential to be a game-changing offering,” said Rob Enderle, President and Principal Analyst, Enderle Group. “The new work from anywhere environment coupled with the need to support virtual, local and cloud apps means we’re approaching a window of opportunity for a new client computing solution. Dell has the breadth and reach to drive such a shift in the industry.”

Dell Hybrid Client begins with single sign-on where users will find their personalized desktop interface and all their applications, whether in the cloud or virtual. This first-of-its-kind solution provides:

Dell Hybrid Client is currently available across a variety of desktop, VDI and mobile form factors – including the OptiPlex 7090 Ultra, OptiPlex 3090 Ultra, Wyse 5070 and the new Latitude 3320.

The latest Dell Hybrid Client is available on 3/26.

As COVID-19 continues to batter the world, so the way things are done continues to change. Nowhere is this more apparent than in running businesses. 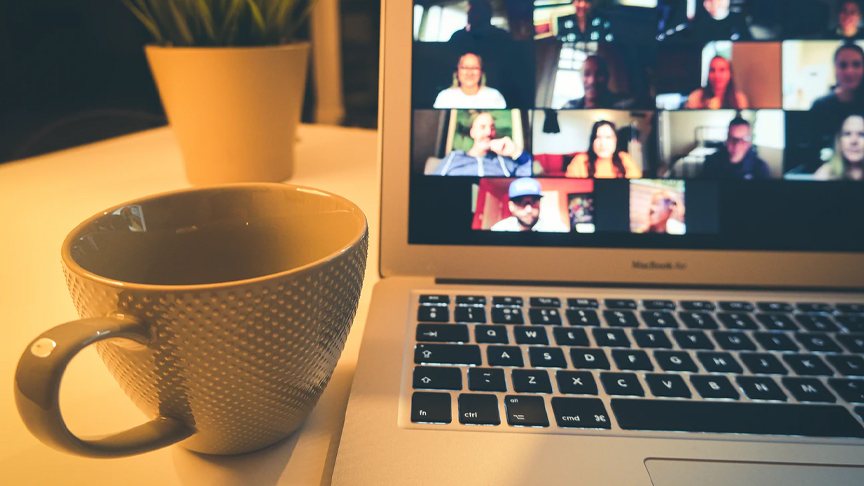 Photo by Compare Fibre from Unsplash.com

As COVID-19 continues to batter the world, so the way things are done continues to change. Nowhere is this more apparent than in running businesses.

For a New York City area remote workforce IT consultant, there are productivity tips that can be applied with the changes, e.g. when dealing with a partially remote workforce. These tips focus on remote-first IT solutions.

“As businesses reopen, many will implement a hybrid workplace model, with a mixture of in-office and remote employees,” stated Jennifer Mazzanti, CEO, eMazzanti Technologies. And so below are a few excerpts from the article, “4 Productivity Tips for a Partially Remote Workforce.”

1. Focus on Remote-first IT Solutions

“Companies that take a remote-first approach implement solutions that provide a great experience for both in-house and remote workers. For instance, using video conferencing for every meeting helps to ensure engagement from all participants.”

2. Uncover the Benefits of a Virtual Desktop

“While virtual desktops centralize many important security functions, endpoint security remains an important factor with remote work. Any device that connects to the network presents a possible access point for hackers.”

Seek help from IT people to navigate the challenges and opportunities of a hybrid workforce – e.g. from comprehensive cyber security to cloud computing and network management. If possible, tailor systems to specific business needs.

Holcim pushes for more women in workforce to drive performance

The market advantage of a feminine brand name

How to get customers to talk about you

Do marketers matter for entrepreneurs?

5 Eco-friendly tips for your workspaces at home