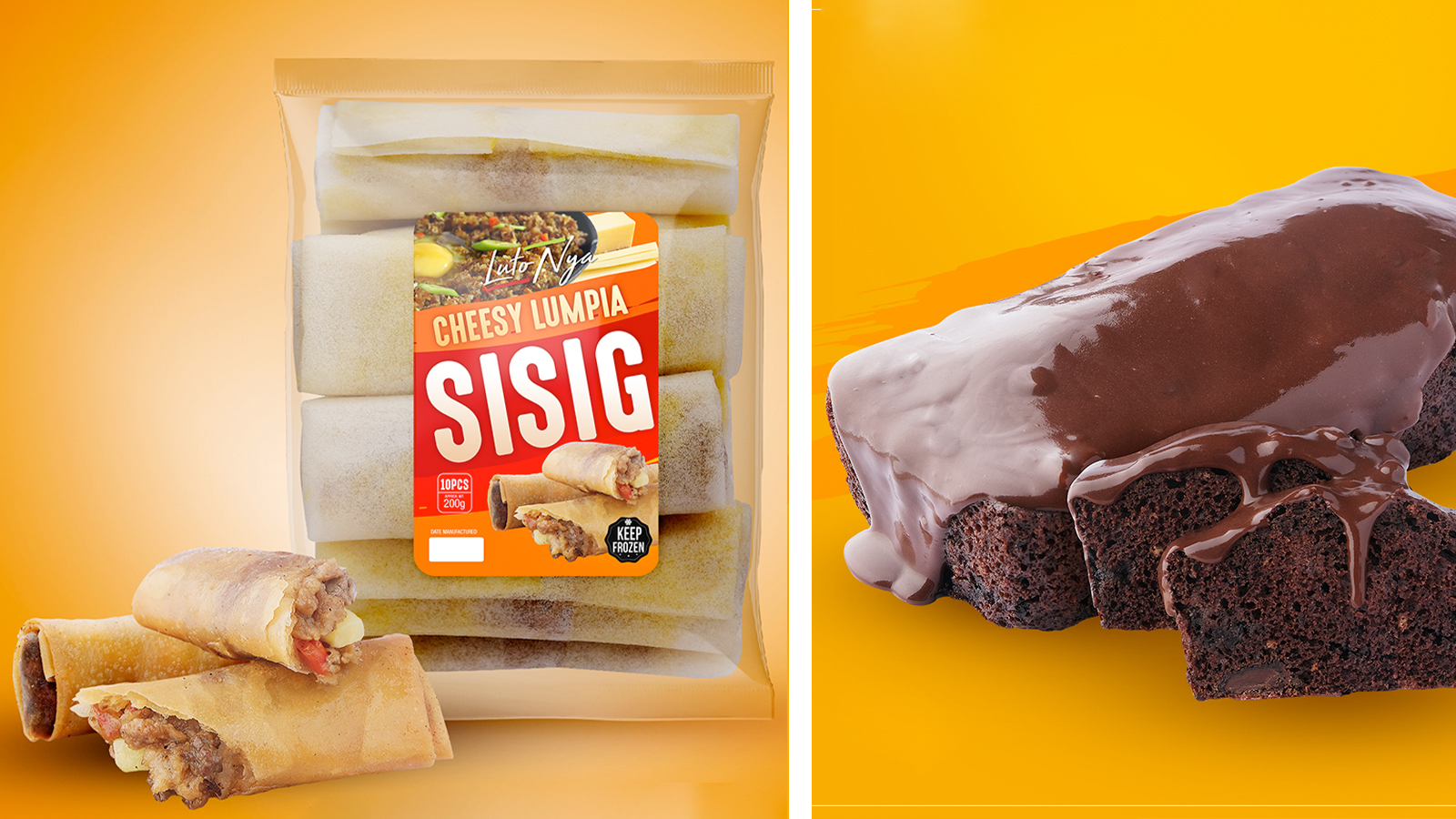 Luto Nya grew from a hobby.

Niña “Nya” Regio opened a page on a social networking site to “showcase my recipes and show my love for cooking and food”. And then on May 10 (Mothers’ Day of 2020), “I wanted to try earning extra out of my hobby and thought of making lumpia with my favorite sisig recipe.”

And it is this that makes Luto Nya’s product… unique.

“My concept is something very unique,” Nya said. “My lumpia are all with cheese sticks, and all have cooked (content that can) be eaten on their own. But I decided to make an extra effort to wrap them with high-quality spring roll wrapper.” This way, “every bite of my lumpia would make you crave for more.”

Others also worth some attention are the “loaded loaves series that includes loaf breads loaded with toppings and quality ingredients.”

Focus on quality with the offerings of Munch Time

Making DIY packaging unique via ‘Put It In Paper’

It was around August 2017 when Gem Zapanta established “Put It In Paper”, with a start-up capital of PhP5,000. It was an easy decision to make, since Gem was the “go-to person for stationery and DIY (for) my peers.” 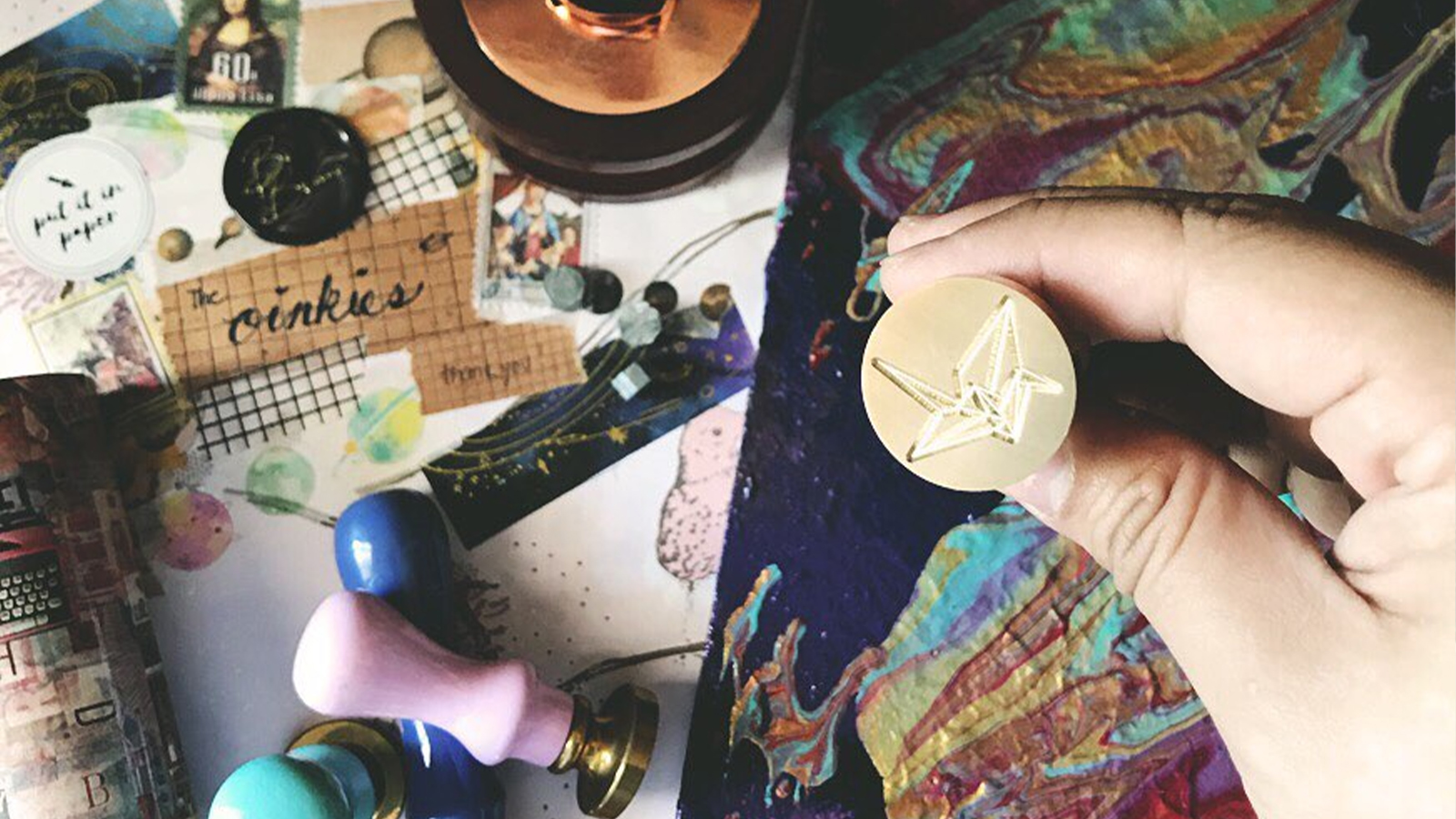 It was around August 2017 when Gem Zapanta established “Put It In Paper”, with a start-up capital of PhP5,000. It was an easy decision to make, since Gem was the “go-to person for stationery and DIY (for) my peers,” she said, adding that “I had too much stationery so I started selling those I didn’t use.”

But now a successful business, “Put It In Paper” tries to be unique, according to Gem. And this uniqueness is what sets it apart from others.

“I create value and experience for my clients,” she said, adding that with “Put It In Paper”, a client does not “just buy stationeries or have your invitation or wax seal made. Instead, I involve the clients in the process. thereby making it a unique experience for each and every item/parcel/project.”

Gem added that with “Put It In Paper”, what’s produced is “made specifically for you.”

Curious to try some of the offerings of “Put It In Paper”” Must-grab are the customized wax seal stamps, selling from PhP1,200.

Attention to detail as an edge for The Holy Crab PH

Lia Monica H. Chua established The Holy Crab PH in October 2018 with a starting capital of PhP50,000. ROI was attained in just a few months. 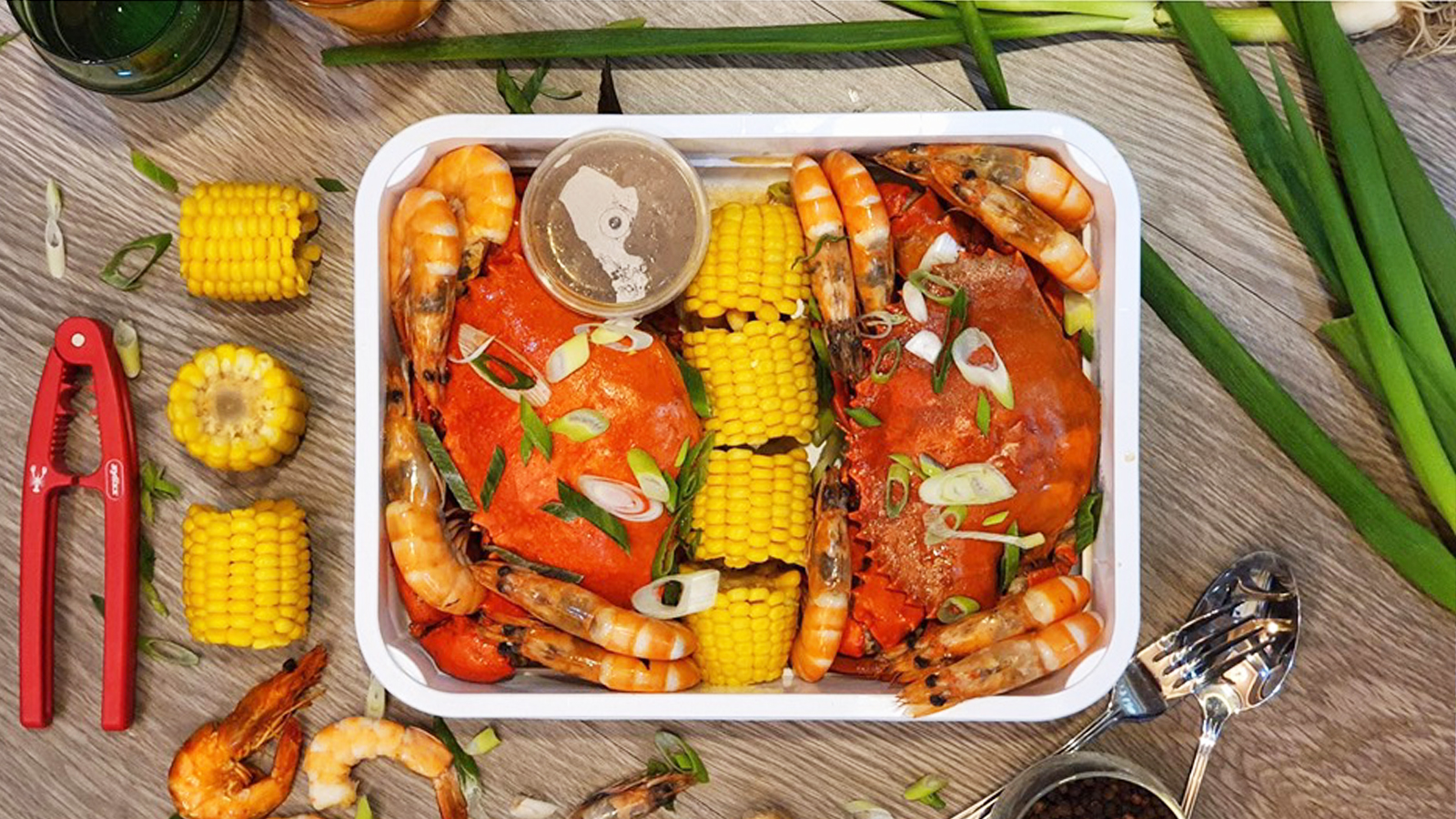 Lia Monica H. Chua established The Holy Crab PH (with a business partner; who happens to be her mentor) in October 2018 with a starting capital of PhP50,000.

“There’s no big difference in terms of flavors or the cooking style we do in preparing our seafood versus others, since our bestselling platters can also be prepared from (other locations),” Lia admitted. But still, “what sets us apart is our attention to detail, receptive customer service and how we value customer feedback.”

These approaches have been helping define The Holy Crab PH.

To start, “I can say with certainty that our products are prepared in the most meticulous way possible, as we value consistency in the quality of our products… We (also) take great pride in the cleanliness and quality of our products. Similarly, all ingredients that do not pass are immediately withdrawn from the preparation line, and these are not to be served to our customers.”

Secondly, The Holy Crab PH takes pride in its customer service, including “how you engage with the customer, how fast you reply and how you address their concerns. We go by the statement that ‘customer is king’. We treat our customers as a part of our business, and we make sure to treat them with respect and to address their concerns and inquiries in a timely manner.”

And thirdly, The Holy Crab PH focuses on customer feedback. “Feedback from customers are the best indicator on which aspects you are strong in, and which you need to further improve on. In The Holy Crab PH, we make it a point to understand the customer’s experience with our service and product. You can never avoid criticism, but it is essential you learn from them.”

These are the reasons, too, why The Holy Crab PH was able to get ROI after operating for just a few month.

Curious to check the bestsellers?

Try the Crabs and Shrimps Platter in the signature butter garlic flavor. A tray costs PhP1,399, and this contains a kilo of crabs and 400 grams of shrimps.

And yes, there’s the Surf n’ Turf rib party platter, which includes a combination of crabs, shrimps and the American back ribs. Prices range from PhP2,999 to PhP3,999 depending on the size.

Try the offerings of Lordei’s Whip & Bake Corner not just for a cause but also because they’re really yummy. 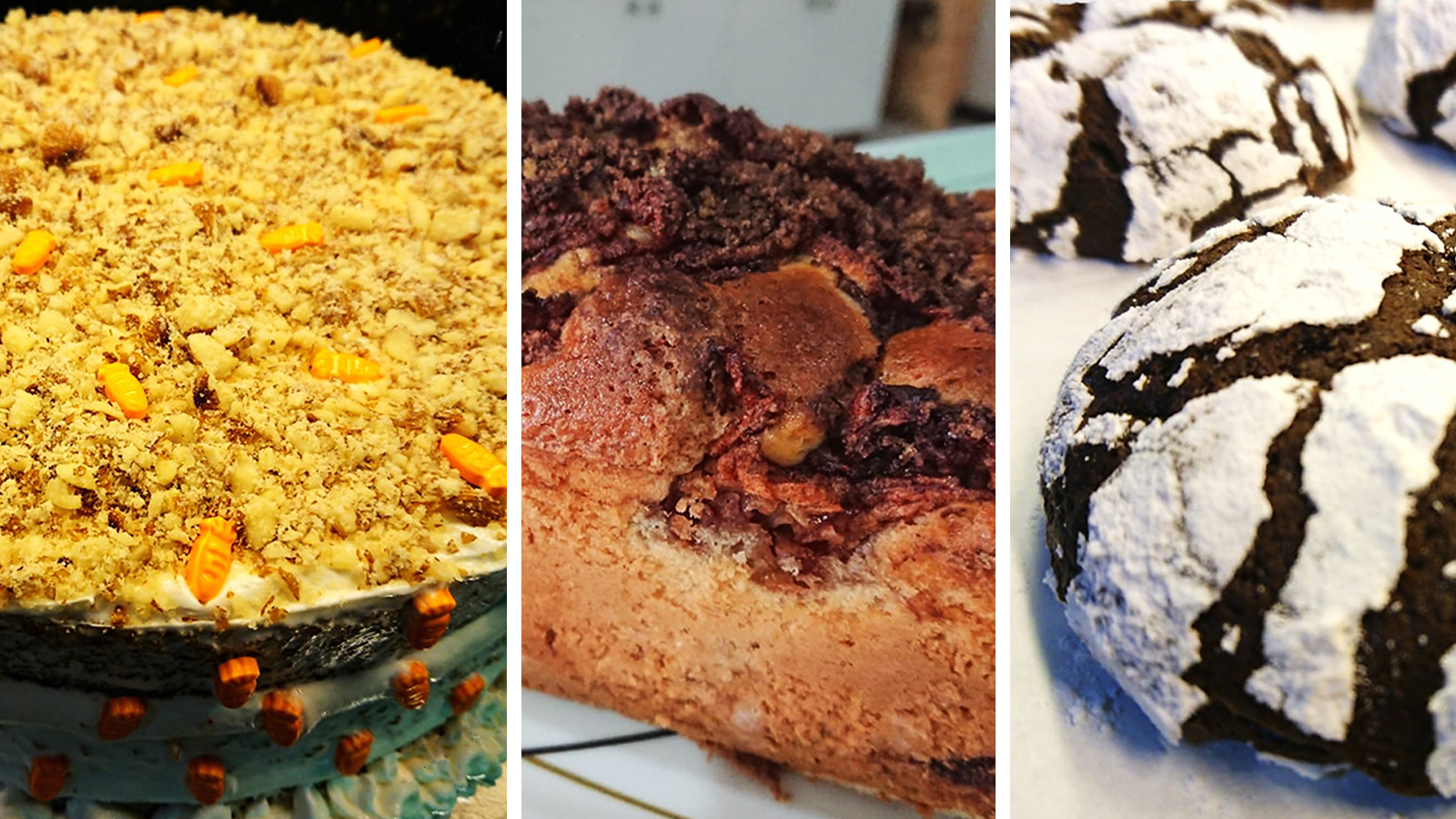 Eight years ago, Lordei Camille Anjuli, then a fourth-year UP Diliman B.S Political Science student and active student leader, was robbed, stabbed seven times in the left side of her head with an ice pick and beaten in the face with a metal object.

The most fatal stab wound pierced through from the left to the right side of her brain (just like “na-barbecue”); likewise, a skull bone fragment of one centimeter in size got embedded in her brain. Moreover, the beating before the deadly stabbing fractured both of Lordei’s sinuses and nose bridge.

To engage in a productive activity as part of her therapy based on the advice of her doctor, Lordei started baking.

“The business is also a way to help her augment the cost of her continued medication and therapies,” said Connie Hina, Lordei’s mom. “As a single mother, I am the sole breadwinner for my daughter.”

What makes Lordei’s Whip & Bake Corner’s offerings different from others in the market is “that we always take pride in our use of high quality ingredients and a blend of different spices and herbs. Meaning, our products are not so sweet as compared to those available commercially.”

For example, for carrot cake, one can taste more of the carrot than the flour. Same with banana and apple cinnamon loaves.

“It is also baked with love and passion as we want our supporters and patrons not just to feel satisfied and get back their money’s worth, but it can create unique taste memories for them and those others who have tasted; for them to remember the taste of Lordei’s Whip & Bake Corner,” Connie said.

These approaches have been working.

“So far, we received very positive and highly favorable reviews. Common comments are ‘hindi tinipid ang ingredients at mas masarap kaysa other commercially available ones’. There have been comments also that our products are like those being served in five star hotels,” Connie smiled.

What are the bestsellers?

For the loaves, try the banana loaf and apple cinnamon (PhP300 and PhP350 per piece, respectively).

For the cookies, definitely try the chocolate crinkles (PhP235 per dozen).

The prices exclude the delivery fee, which is paid by those who ordered.

That these goods should be tried is a given.

Sustainability is core to Epson, with products made to be kinder to environment

Tips for staying secure while working from home

Turn your hobby into a biz – Gem Zapanta

Making DIY packaging unique via ‘Put It In Paper’

Attention to detail as an edge for The Holy Crab PH

Go out of your comfort zone – Lia Monica Chua

Financial tips to help prepare for the unexpected

Turn your hobby into a biz – Gem Zapanta